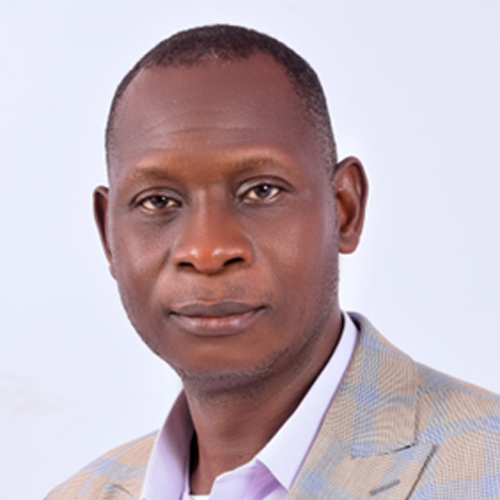 At a time when nobody believed in the public system especially in the diagnostics sector, Dr Charles Kiyaga spearheaded a discussion with PEPFAR to invest in the country’s public health diagnostics network. Winning the heart of PEPFAR, Charles was given to managed three CDC/PEPFAR award winning laboratory programs in Uganda among which was; the Early Infant Diagnosis program that won the ASLM best practice program in 2012, The Hub and Spoke Sample transport system that won the 2014 ASLM Award, and the Viral Load program that won the ASLM best practice award of 2016. Uganda’s VL/EID program which was initiated by Charles is highly centralised through one laboratory, supported by an integrated sample transport network, and complemented by POC in hard to reach areas. Uganda’s central VL/EID program is the most efficient and cost effective among PEPFAR supported countries.

He is the Director of the CONSA Project, which he runs with the American Society of Haematology and also the Director of the MOH/Novartis Partnership Project all of which are focused at identifying sickle cell patients and provide them with improved care. Given the outstanding success in Uganda, Charles became an icon of laboratory medicine in Africa. He pioneered the Laboratory System Strengthening Community of Practice (LabCoP) Program with African Society of Laboratory Medicine (ASLM) and ran it for over 2 years as its Program Manager. The LabCoP program was operating in 11 African Countries that included; Uganda, Kenya, Tanzania Malawi, South Africa, Zambia, Zimbabwe, South Sudan, DRC, Ethiopia, and Sierra Leone. While working as the LabCoP Program Manager, Charles visited all the above countries and assessed their laboratory systems and gave them recommendations for improvement. In each country, he set up functional country teams, with TORs and set deliverables aimed at driving change. Through his work in LabCoP, laboratory systems in these countries tremendously changed. Charles has also provided technical assistance for laboratory system strengthening in a number of countries, including some of those mentioned above.

Charles was awarded an honorary doctorate degree by London Graduate School and Commonwealth University in recognition of his contribution to laboratory medicine and public health in Africa in October 2018. He was also awarded a Golden Jubilee Independence medal by the president of Uganda, as a National Hero in recognition of his contribution to laboratory medicine in Uganda and beyond. This was during the Country’s National Heroes’ day on Saturday, 9th June 2018. Given his immense contribution to Laboratory Systems Transformation and Public Health in Uganda and beyond, on the 6th of November 2020, Charles was awarded a Life Time Achievement Award in Health Care, the highest honour in public service, by the Heroes In Health Awards (HIHA). HIHA is a Public Private Partnership project whose aim is to motivate the health work force, through recognising outstanding performance. On the 23rd of August 2022, Charles Kiyaga was awarded The Art of Living Human Values Award, given to extra ordinary individuals that uplift human values through their selfless service to society. Charles also has key experiences in large scale agriculture and farming, education, finance management and above all he is a motivational speaker; a service he voluntarily renders through Pursuers’ Network International. Charles is currently leading a team of consultants to provide Technical Assistance for Laboratory systems strengthening in The Gambia, S. Sudan, and Sierra Leone, with funding from the Global Fund.