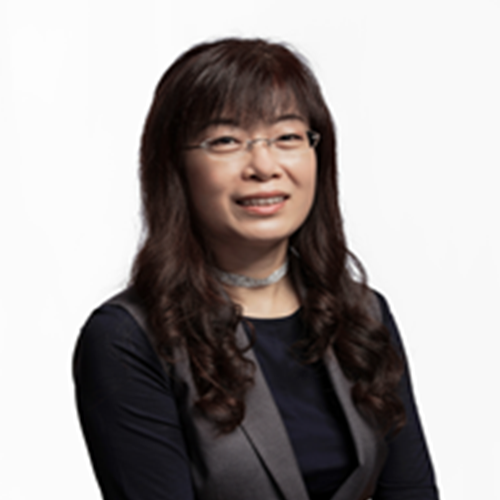 Ms. Jiang graduated from former Beijing Medical University (currently, Peking University Health Science Center) in 1992 with major on Clinical Medicine and, obtained Master Degree on Pediatrics from Capital Institute of Pediatrics in 1997. She joined former SmithKline Beecham (currently GSK) in 1998, working in Rx Medical Department till 2005, during that period, she was in-charge of several global and local registration trials as site Monitor and Project Manager, covering respiratory, diabetic and anti-infection areas.

From 2005-2006, she worked in MSD Asia-Pacific Data Hub as Assoicate Data Management Manager, being involved in establishing the team and developing SOPs. In Oct. 2006, she was back to GSK, working in Bio Medical Department, and leading Bio clinical team to successfully implement several global trials as well as local registration trials in China and HK, the clinical trials were covering the areas of prophylactic & therapeutic vaccines, and anti-HIV drug. During the working period in GSK, she was also temporarily assigned to be the Clinical Research Manager for GSK Korea Vaccine Clinical team for about 1 year.

She left GSK from the position of Head of Clin Ops, China/HK Vaccines, then joined Simoon Record (a local CRO) on Aug. 2017, and up to June 2019 where she worked as COO, in charge of Clin Ops team for both Vaccines and New Drug. From Jul. to Nov. 2019, she worked as Consultant in Laekna Therapeutics Shanghai, Co., Ltd. Currently, she is working for below 3 organizations as a consultant: